CYBERSEC GLOBAL 2022 behind us! 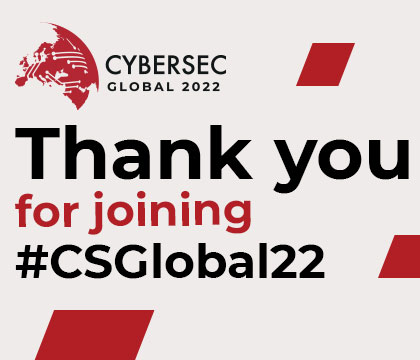 The fifteenth edition of the CYBERSEC conference is behind us. Top speakers and topical issues, including a discussion around security in Eastern Europe, brought together nearly 900 registered attendees from around the world. The crisis growing in Ukraine and the role of cybersecurity in this conflict, recurred as the main topics discussed by the invited guests. The situation in the East was addressed by, among others: Mircea Geoana – Deputy Secretary General of NATO, Margaritis Schinas – Vice-President of the European Commission, as well as Izabela Albrycht – the Chair of the Programme Committee of the European Cybersecurity Forum – CYBERSEC.

CYBERSEC Global 2022 brought together experts from around the world, who within the framework of five thematic streams addressed topics related to geopolitics, cybersecurity, and the place of Poland and Europe in global value chains. The conference provided a forum for the exchange of ideas between representatives of politics, science, business and civil society.

Experts leaned into the most current issues related to regional security and the role new technologies play in it. The panelists urged the transatlantic community to provide support to Ukraine, which is increasingly vulnerable to Russian aggression. The situation in the East was mentioned by Mircea Geoană, Deputy Secretary General of NATO, who noted that the North Atlantic Alliance has cooperated with Ukraine for years and will continue to do so, including on the ground of supporting cybersecurity. As he pointed out – NATO and allies are listening to Russia but will not compromise – while condemning the attacks on the Ukrainian administration and announcing the Alliance’s continued necessary support.

Similar voices have come from the European Union. Commissioner Margaritis Schinas noted that recent events in Ukraine have drawn global attention to the growing role of disinformation. Schinas emphasized that cybersecurity is not just a buzzword, but a key challenge, a matter of national security and cohesion of societies. – “We need to intensify the European cyber defense policy. We cannot talk about defense without talking about cybersecurity. If everything is connected, everything can be hacked.” – the Commissioner said.

Izabela Albrycht, Chair of the CYBERSEC Program Committee, also spoke about the fact that cyberspace is now an important front of hacking activities inspired by Russia. She recalled incidents that have happened before: in Estonia, Lithuania, and Georgia. She noted that we need to rethink how to repel cyberattacks and what tools to use. – “If we want to win a common future, we must learn the lessons of our shared history and remain united” – she concluded.

In the second part of the day, the issue of Ukraine’s security continued to focus the attention of the panelists, but there were also recommendations of actions necessary to ensure the security of the construction of the fifth-generation European network (5G) and discussions on the importance of public-private partnerships for the development of the latest technologies. The next CYBERSEC conference will be held in May.